Behind the Scenes at 5 Days Off festival 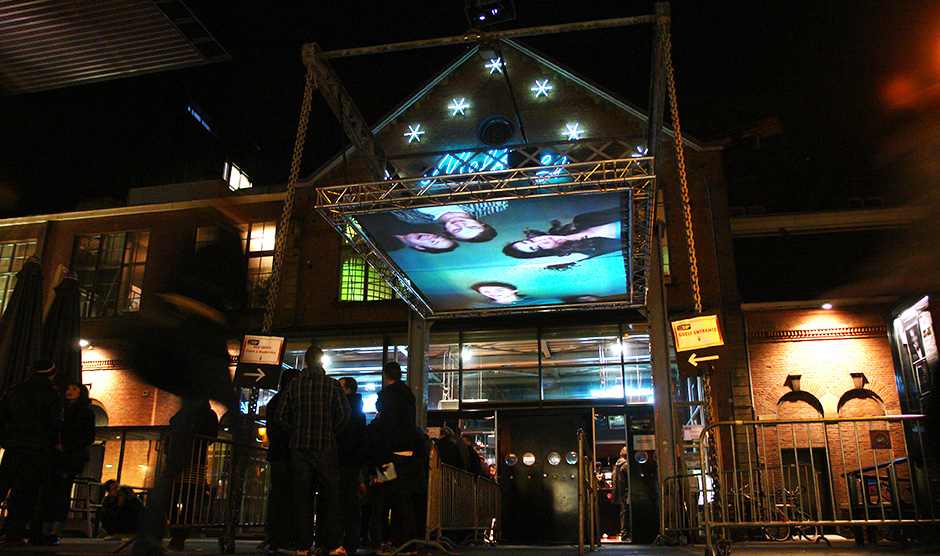 Rnul presented the new work “Behind the Scenes” on the 5 Days Off festival as part of facade projects. The work consists of two parts, a digital box inside and a projection on the old drawbridge of the Melkweg, Amsterdam. Using face tracking we set videos of facial elements on the faces of the visitors which provoked facial expressions from visitors. Most visitors were initially unaware that this video (without extra pasted face elements) was used as projection for the people who stood under the projection on the entrance bridge.
Read more