KnipHit is a cooperative musical composing installation. Musical patterns are made by just placing tiny black blocks in a projected interface on your table. The KnipHit software reads the blocks, recognizes their position and plays the music in a loop. A loop that you can constantly change until you’re happy with the result. While building loop over loop you create the parts you need to perform your own hit. Then just click ‘Mixen’ and start your live performance! KnipHit is a great way to explore making music together in an interactive, accessible way.

The interface consists of a grid of 16 horizontal and 12 vertical spaces projected on the table by a tiny beamer. A webcam is used as a sensor that triggers the sounds you hear. The software contains beats, bass sounds and samples. The beats provide the basic track, in a variable tempo. Four different patterns can be made and used in the final mix. The bass is used for creating melodies. Again, four melodies can be made. The sample is either chosen from a database of sounds or recorded by the users themselves. Four different patterns can be made using the samples. When done recording the interface is changed into a mixing console. Again the tiny black blocks are used to control the sound. Sliding them up and down will create a piece of music in real time that can be recorded in the KnipHit software and exported to any desired audio format.

The idea for KnipHit won the Creatives for Kids Challenge at Digital Playground in December 2017. Now it has been developed into an installation that can be used for workshops or just plain good musical fun! Workshops can last from 1 to 3 hours and when used as an installation at festivals kids can become so involved that they keep at it for 30 minutes or more. KnipHit is sit down and go!

The purpose of KnipHit is to develop several 21st Century Skills like creativity, digital skills, cooperation and communication on one hand, but it can also be used to learn the basics of music. They learn about different percussion instruments, beat creating, tempo and dynamics. Just about anything you may want to teach them. 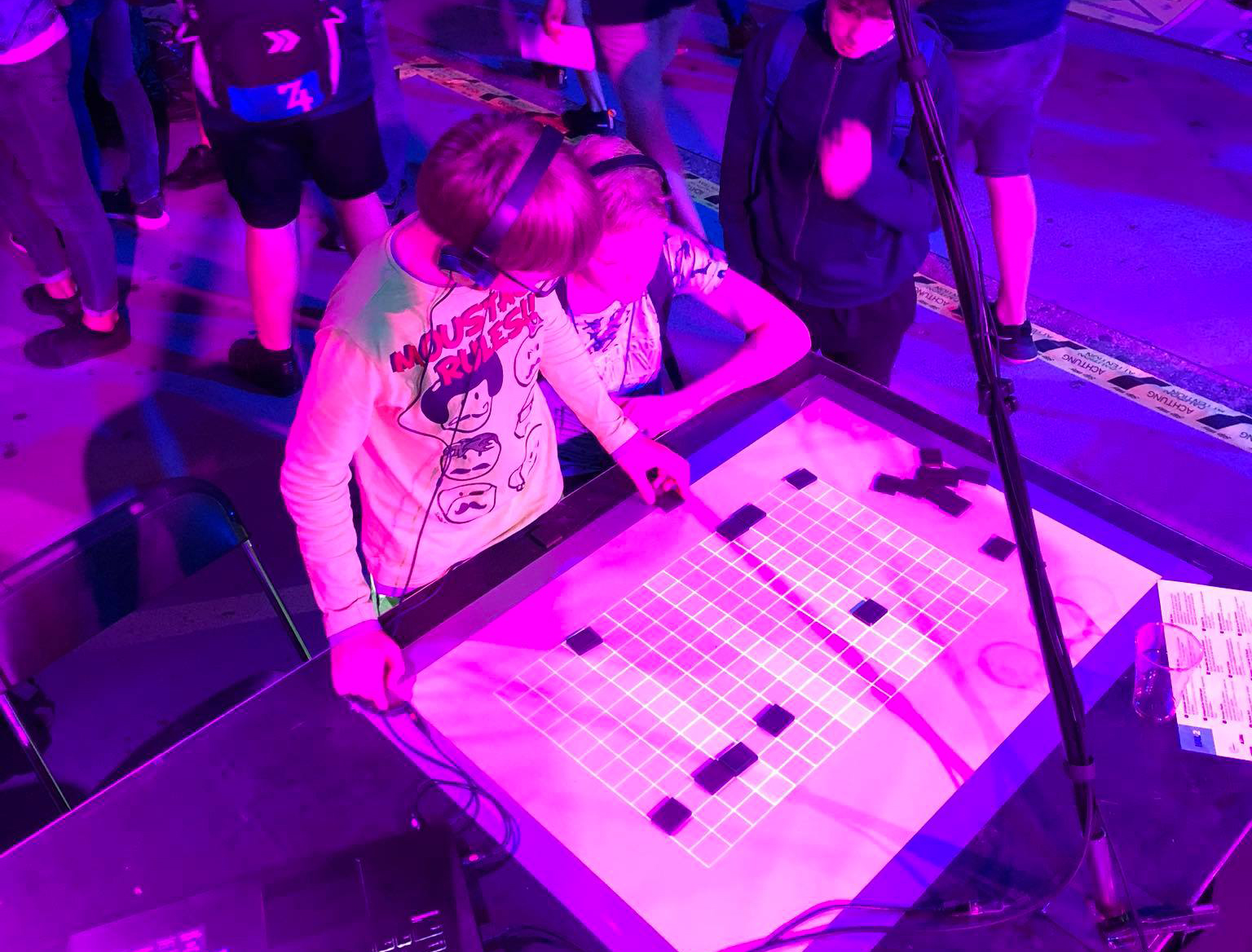 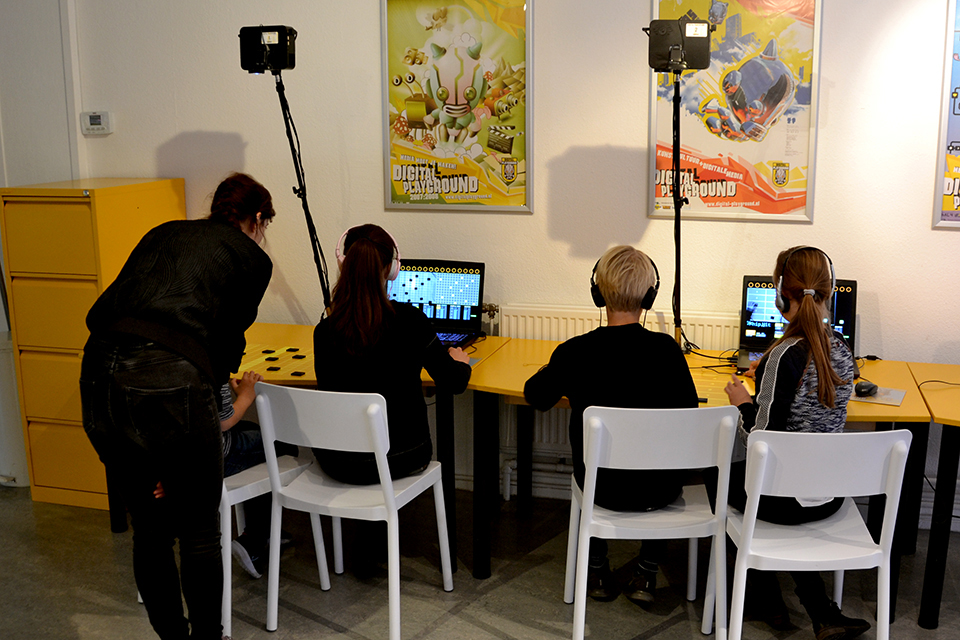 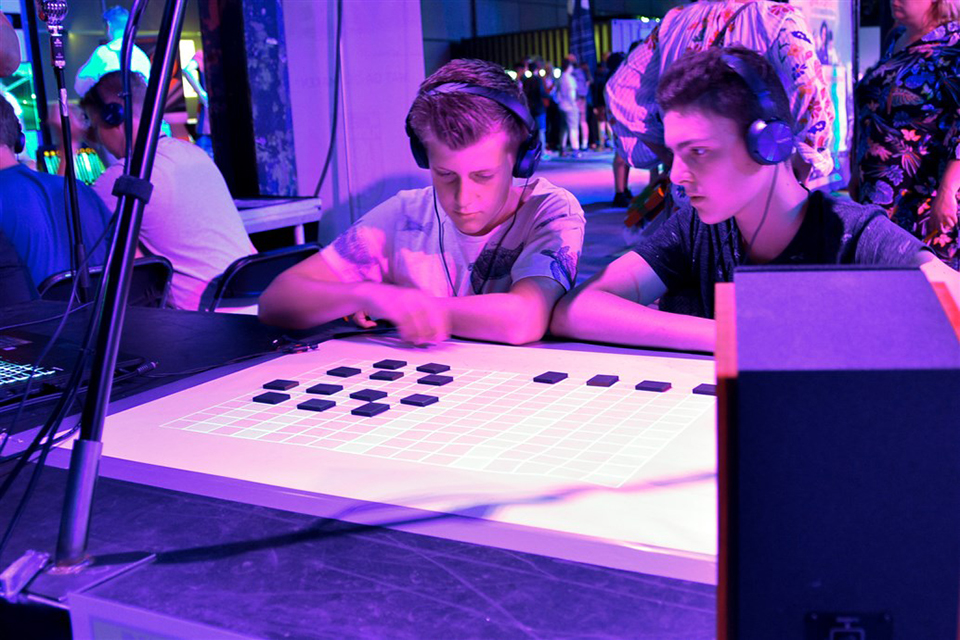 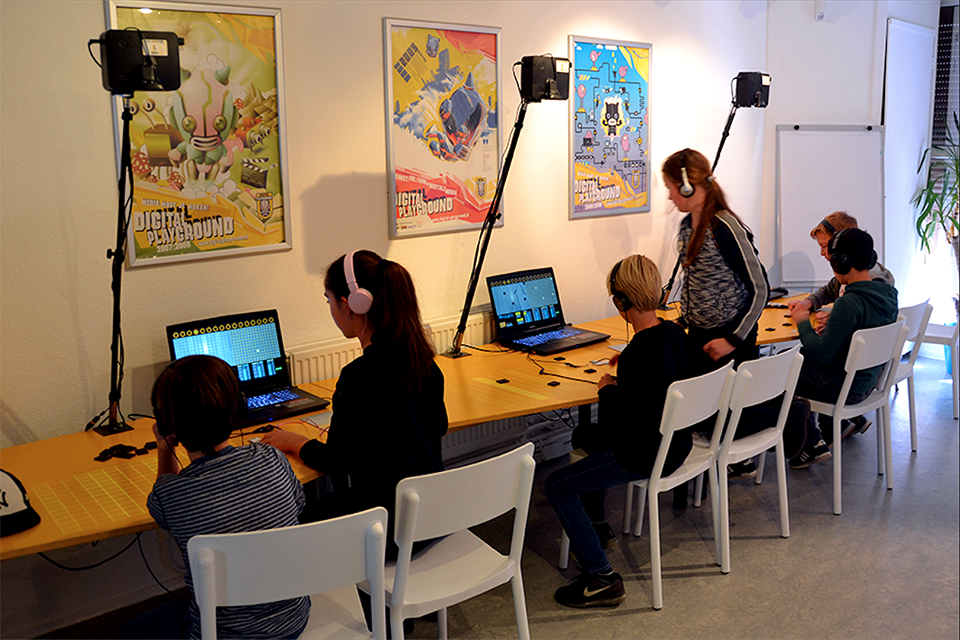 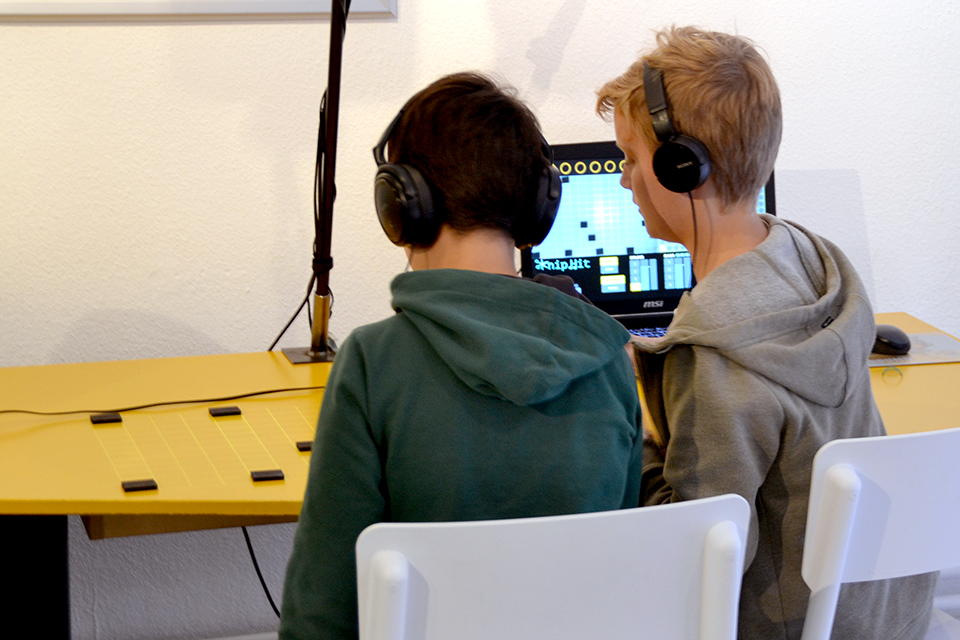